When I hear that something is “almost done”, I get worried.

Almost done is a state of hopefulness. It is somewhere between “not started” and “done”, and we would like to believe it is close to done. Yay, we think, we have made some progress and we are almost there.

Almost done represents optimism and hope. We are communicating to others that we are nearly there! Woohoo.

But that is misleading.

Similar to the % complete situation. When we are asked to guestimate what % complete we are, we often do it very poorly.

Unfortunately, almost done is rarely close to being done. Almost done might represent the 90% done we use to use for progress reporting. Anyone familiar with technology projects know that the first 90% of the work is the easiest portion. In fact, there is a rule about software development called the Ninety-ninety attributed to Tom Cargill:

Consider also these examples of almost done, where the work remaining at the end is some of the very hardest part: 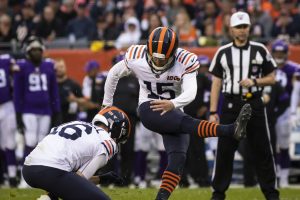 Part of the reason for the optimistic view of almost done is due to the planning fallacy, the tendency to grossly underestimate the time required to complete a future task.

Another factor is the lack of MVP, or the desire to gold plate the development. Rarely are the initiatives in the backlog small features that can be easily finished. Greg McKeown, author of Essentialism, says to use early and small, vs. large and late.

Why Almost Done is a Problem

I encounter almost done most frequently when I am working with teams that are transitioning from waterfall to agile ways of working. We will typically meet with them prior to training and sprinting to understand their work in progress and help convert that WIP to backlog items for the Scrum team to work on.

In most cases, every individual has a list of things that are in progress. Some have 5 or 6 items. And everyone says that their items are “almost done”. In fact, they will almost always tell me that they will get them done before the time they get training and begin sprinting.

Except that they never do.

And even in the case where they do tell me they got it done, it usually doesn’t represent “done” according to the team’s newly developed definition of done. Usually it just means that someone coded it, and maybe they tested it. Or maybe they didn’t test it – I have worked with clients whose developers never completed unit tests. Yes unfortunately in 2018, we still have developers who think that testing is optional.

And then those same items don’t get done in the first sprint, for a variety of reasons. It seems that almost done is almost never very close to done.

What do Do Instead of Calling Items “Almost Done”

You can and should avoid calling things “almost done”. Here are some specific steps you can take:

Daria Bagina does an excellent job of dissecting the reason for getting to done in this excellent video, Done or not Done, there is no ‘almost’. She also incorporates the updates from the 2020 Scrum Guide. Check it out here:

What are your thoughts about calling something “almost done”?